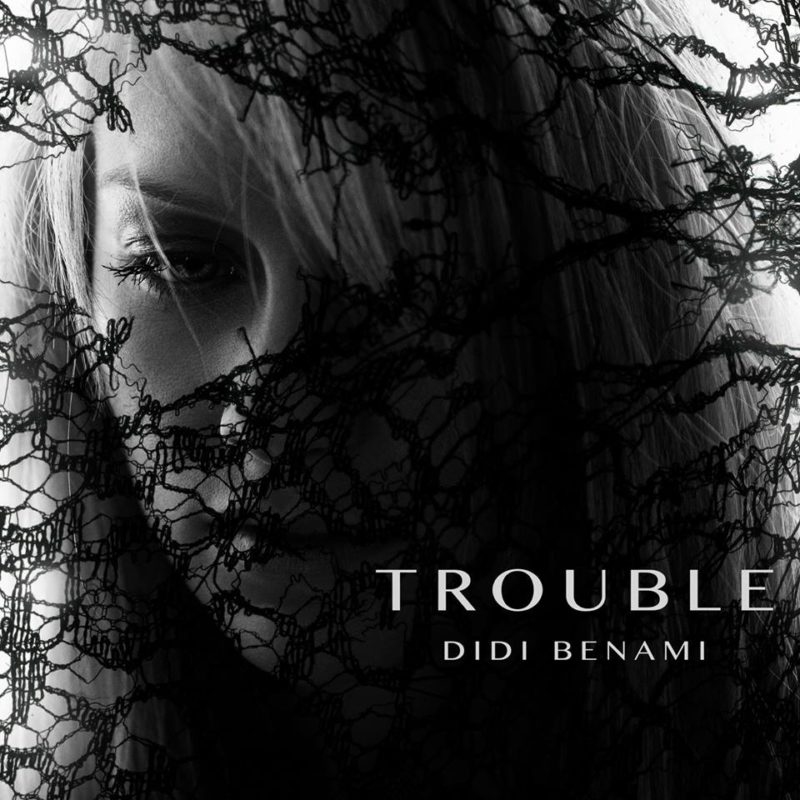 “Trouble go away.
Trouble not today…” 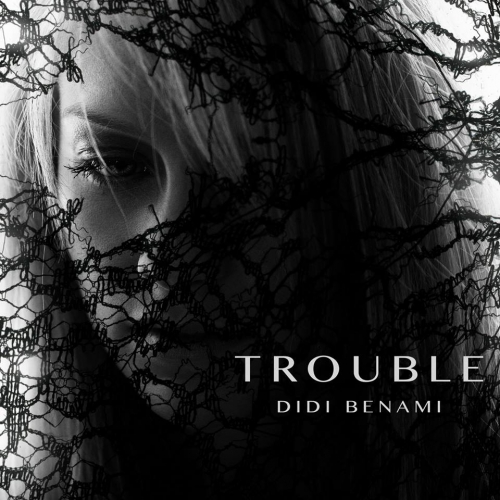 Oiy, oiy! I’m thrilled to announce the upcoming release and music video of my second single “Trouble” from the full-length debut album REVERIE, out on March 11th!

For me, Trouble is a culmination of my own darkness, memories, & circumstances that could have held me back or in any way pushed me down. It was about calling on the light, the strength, the rebel fighter in me who won’t give up and trusting it to win the battle in my darkest hours.

My record producer Billy Mohler (The Calling, Kelly Clarkson, AWOLNATION) and co writer Jamie Drake (who co wrote Picture Perfect on the upcoming album)  captured that battle brilliantly in Trouble. With this song, I knew Billy understood exactly the kind of record I wanted to make and it sealed the deal for me.

I’m also proud to share with you the music video for Trouble,  directed by Nick Militello and produced by Jordan Finnegan. In the video the light self meets the dark self… It’s going to be an interesting battle…

Lastly, we are at the homestretch of the PledgeMusic Campaign! I couldn’t have more gratitude and thank you enough for your support and pledges! I feel so blessed to have people like you in my life, allowing me to make this record happen!

Since the launch, we reached 100% of our base goal in less than one week (WOW!) and we have until March 21st to go even further– help fund production costs and hire the best team possible!

If you haven’t yet, pre-order #REVERIE and 10% of your pledge will go to support one of my favorite non profit organizations, ARGUS SERVICE DOGS FOUNDATION – who match a service dog with either a disabled veteran or other disabled person to make their life easier. Along with helping contribute to two great causes, you’ll be getting exclusives straight from me. #LETSDOTHIS. #Reverie. #Makeithappen. Pledge now!

This post also appeared on the newsletter. Get #TROUBLE on Amazon | iTunes 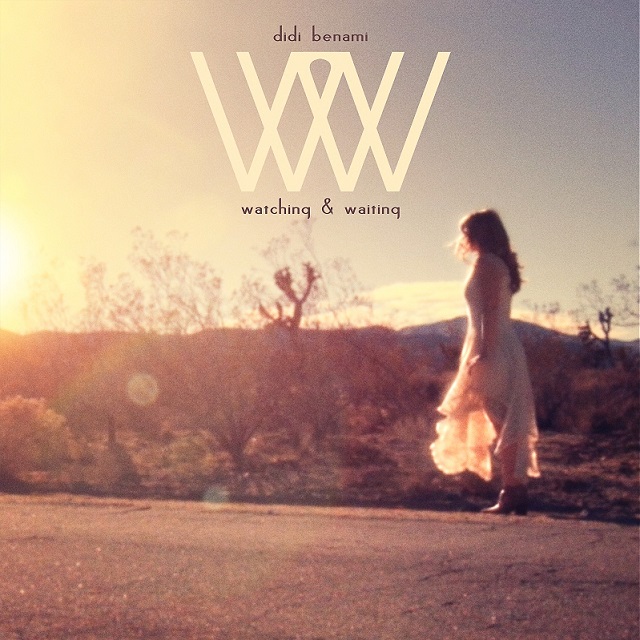 BRIDGE
Listen carefully build a wall from me
So I can’t see you don’t wanna hurt you
Don’t wait patiently, that won’t do a thing 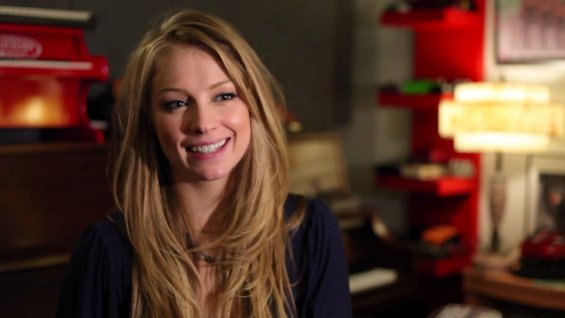 The taped bit opens on the second day of the Detroit auditions, with Harry Connick Jr., Keith Urban and host Ryan Seacrest biding their time before Jennifer Lopez makes her grand entrance at the judges’ table.

“They are all just waiting for Jennifer to show up, and of course, she’s a woman,” laughs Benami. “We all take a little bit of time, especially her when she’s getting ready to be on national television. You got to prep, and you got to look good!”

Benami said the song — co-written by Jordan Lawhead  (who also wrote “Sweet Serendipity” with season nine winner  Lee DeWyze) and her producer, Billy Mohler — is the very first one she wrote after her season of Idol.

The message of the song, available now on iTunes, is that everyone needs time to figure themselves out. “It was kind of a self-acknowledgement thing,” she says.

Just this week, Benami launched a crowdfunding campaign on Pledge Music to raise publicity  money for her nearly completed record, Reverie. Produced by Mohler (The Calling, Kelly Clarkson, AWOLNATION), Reverie chronicles Benami’s musical journey since moving to Los Angeles. In a video on Benami’s Pledge Music page, Mohler explains people expecting to hear “some sort of blown-out pop record…is not going to get that with this record.”

Benami said that statement is accurate. “My writing comes from a deep, dark place — it’s like my alter ego,” she says. “I wanted to have a little bit more darkness in this, and where I felt like where I was at — I was in a really dark place and I had to sort some things out, and I feel like I really have.”

She said she chose Mohler as a producer particularly because he understood exactly the kind of record she wanted to make. One particular song, “Trouble,” sealed the deal. “That was exactly the lane I wanted to go,” she says. “Plus, he allowed dogs in his studio, and that was really important. I have my rescue dog, who is super great and well behaved. She is still a puppy, and it was nice to be able to bring my dog to the studio every day. He was a dog lover and had a beautiful daughter and family, and is serious about music.”

Benami is also excited to show off her acting chops. Fans got to see her star in the Theory of a Deadman video, “Hurricane,” last year, but in the video for “Trouble,” directed by Nick Militello and produced by Jordan Finnegan, she shows the duality in her nature by starring alongside…herself.

“It’s me fighting with myself,” she says of the clip. “There’s definitely two Didi’s. My alter ego — evil me and angel me. The light self meets the dark self. It’s going to be an interesting battle.”

While she says the song, “Lost at Sea,” is one of the most “emotional and sensitive” songs on the album (“It hurt to write,” she says) she promises that the album is also optimistic. “We have two ballads on the record, but the rest is upbeat.”

Benami already paid for the album’s production costs out of her own pocket, but the startup marketing costs alone for a new album run up to at least $20,000. “I was so terrified of doing a crowdfunding campaign,” she says. “I never wanted to ask for help, so it was really difficult for me. It came down to the point where I had to. We have the record pretty much done, but the marketing and PR…that’s really expensive.”

She chose to go with Pledge Music for several reasons. After a project reaches its goal, 10 percent of the profits go to a selected charity. Benami’s passion for animals and her love of the show, Lucky Dog, hosted by Brandon McMillan, lead her to choose the star’s charity, the Argus Service Dogs Foundation, as the benefactor of her campaign. “They rescue dogs from the shelter and train them to assist disabled veterans,” she says.

Benami is offering exclusives for fans donating to her campaign, which is 23 percent funded as of Jan. 22. Among the goodies offered is Benami’s very first Martin guitar, official Reverie tote bags and a Skype guitar lesson with the singer, who will teach a fan how to play her song, “Gasoline.” Plus, another nice touch: written lyrics provided by Benami herself.

“After Idol, I was so overwhelmed and didn’t get a chance to write back to everybody, and it’s a bummer because I love to write on notebooks and papers,” she said. “There is something to be said for putting your heart and soul into your writing and getting it down in ink.”

Benami wishes the revamped season of Idol all the best. “They have been super supportive of me and my career,” she says. “I can’t thank Idol enough for the platform it has given me. I wish everything and then some for the show. I hope they do very well this season and continues to grow.”

“Harry is supportive of the kids — he was a mentor on my season and I was already eliminated but I heard wonderful things from my fellow contestants on the show,” she adds. “They loved him and he’s great and he’s funny, and I love the chemistry of the judges. It’s not mean. They aren’t going to break you down. They are going to build you up.”

Another positive change for the season, she said, is Lopez returning to the fold.

“I had the opportunity to interview her for THR during season 11, and she was one of my favorite interviews because she was so positive, centered, and stunning both inside and out,” she said. “She’s got great energy.”

via The Hollywood Reporter by Michele Amabile Angermiller